Dear Coach:   I’ve been on a gluten-free diet for about 2 months now, faithfully avoiding all wheat products.  I do feel a little better.  What do you think, should I continue?  Signed, Sandy

Dear Sandy, Thanks for your question! Since you didn’t specify what prompted you to go on a gluten-free diet or why you’re not feeling well, I’ll provide some general 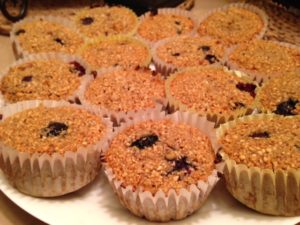 information about gluten-free diets (and why they’re not for everyone); hopefully it will answer your question.  Gluten is a group of proteins found in wheat, barley and rye.  Until recently, it was thought that wheat gluten would only affect those with celiac disease or people with wheat allergies.  However, a third condition now recognized as gluten-related is referred to as gluten sensitivity.

Statistically, only 1 in 100 people have celiac disease (although it appears to be on the rise), and 1 in 1,000 have a wheat allergy.  What are the statistics on ‘wheat sensitivity’?  The best estimate is that wheat sensitivity is in the same general range as celiac disease – about 1% of the population.  That means about 2% of the population has a problem with wheat.

Dr. Greger suggests that if you suspect you might be sensitive to gluten, do NOT go on a gluten-free diet.  If you suffer from bloating, abdominal pain and irregular bowel habits, ask your doctor for a formal evaluation for celiac disease.  If you don’t have celiac disease, the current recommendation according to a study published in 2014 is that you first try a healthier diet that includes more fruits, vegetables, whole grains and beans, all the while avoiding processed foods.  (The reason people may feel better on a gluten free diet is that they’ve stopped eating so much fast food and processed junk – and not the gluten itself).  I love how he puts it, “if you eat a deep-fried Twinkie and your stomach hurts, it may not be the gluten.”

If the healthy diet doesn’t work, rule out other causes of any gastrointestinal issues (such as an overgrowth of bacteria in the intestine, fructose or lactose intolerance, gastroparesis or pelvic floor dysfunction) before self-diagnosing and opting for a gluten-free diet.  Two-thirds of people who are sensitive to wheat have also been found to be sensitive to cow’s milk protein (and eggs to a slightly lesser extent). 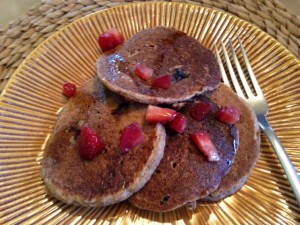 No current data suggests that the general public should avoid gluten.  Just because some people have a peanut allergy does not mean everyone should avoid peanuts.  Health professionals don’t want to see people on gluten-free diets unless absolutely necessary – the reason being that whole grains are health promoting; they reduce the risk of heart disease, cancer, diabetes, obesity and other chronic diseases.  Whole grains can include brown rice, barley, oats, buckwheat, quinoa, rye, teff, wild rice and whole-wheat pasta.

Thanks for your question, Jill. I’m at your service to help incorporate a dietary make-over.  For more information on our health classes, blog or newsletter, visit www.cydnotter.com. (Sources: Dr. Michael Greger, http://nutritionfacts.org/video/gluten-free-diets-separating-the-wheat-from-the-chat; How Not to Die, pages 370-373)