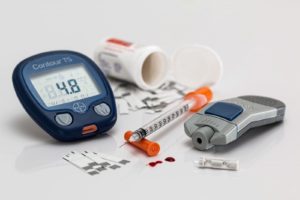 The disease called diabetes mellitus comes from two words:  diabetes (Greek for “to pass through, or siphon”) and mellitus (Latin for “honey sweet”).  Believe it nor not, before modern-day laboratory testing, people would actually taste urine to test how sweet it was.

The disease is diagnosed by elevated sugar levels in the blood, which is due to either the pancreas not making enough insulin (Type 1 diabetes), or because the body becomes resistant to insulin’s effects (Type 2 diabetes), which we’ll be focusing on in this article.

A common misconception is that carbohydrates (and sugars) cause diabetes—and that’s somewhat understandable, since blood sugar levels are high in diabetics. When diagnosed with Type 2 diabetes, patients are often prescribed a drug and advised to eat a diet high in lean protein and fat, while limiting carbohydrates such as potatoes, fruit, corn, beans, lentils, and whole grains.

However, having  elevated glucose in the blood is a symptom of diabetes, it is not the underlying cause of the disease.

Here’s how the system works:  Our digestive system breaks down carbohydrates into a simple sugar called glucose, which is the primary source of fuel for our cells.  Insulin is required to move the glucose from the bloodstream into the intended cells. Insulin is the “key” that unlocks the door to your cells, which then allows glucose to enter.

When resistant cells prevent insulin from opening their doors, less of the sugar gets into the cells and more sugar remains trapped in the bloodstream.

What causes the cells to become insulin resistant? The answer is fat.  Specifically, Intramyocellular Fat – or fat inside the muscle cells.  No matter how much insulin is produced, the fat-compromised cells cannot effectively use it.

Research dating back to 1927 and mounds of credible research today shows that the problem is not carbohydrate, but rather the fat in the bloodstream. It can be fat from the diet or fat from one’s own fat stores (which is why carrying excess body weight is the #1 risk factor for developing diabetes).

Using MRI technology, researchers are now able to track the effect of one high fat meat meal in the bloodstream and the resulting interference with insulin function.

Even the American Diabetes Association (ADA) states on its website that type 2 diabetes is not caused by sugar.[i] Fat accumulation inside the cells is the true culprit in the development of type 2 diabetes, and even slender people can be affected. Plus the ADA agrees that plant-based diets are safe for diabetics, and openly supports such diets on their website.

Adopting a low-fat, plant-based diet reduces the fat inside the cells and restores them to proper function. This is another great example of why we shouldn’t strive to get extra “fats” in our diet. Fat is fat, and is best minimized in the diet for a myriad of reasons—type 2 diabetes being a big one. Diabetes causes more deaths per year than breast cancer and AIDS combined, and having diabetes nearly doubles your chance of having a heart attack.[ii] 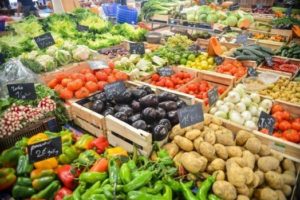 Traditional treatment for type 2 diabetics typically leads to additional weight gain (due to the meds) and the need for continually stronger medications as the condition persists. Clinical researcher Dr. Neal Barnard has proven that a low-fat, plant-based diet is three times more effective in lowering A1c levels when compared to the typical ADA diet for treating diabetes.[iii] This shouldn’t be surprising. We’ve had this information at our disposal as far back as 1930.[iv]

Dr. John McDougall strongly asserts that, by definition, type 2 diabetics who are producing enough insulin are always curable by fixing the problem, which is the Western diet.[v]

And here’s an added bonus: A whole food, plant-based diet not only improves blood sugar, but also high blood pressure, cholesterol, acid reflux, inflammation and so much more – all at the same time! NO drug can do that.

So why “manage” diabetes when the chances are high it can be eliminated?