Were you paying attention to the headlines that ran across the bottom of our news channels and appeared in major publications a few years ago?

The World Health Organization (WHO) released a report that classified processed meats as “carcinogenic to humans.” Processed meats rank in category 1, the highest of five possible cancer-causing categories – the same classification where we find asbestos, arsenic, and cigarettes. 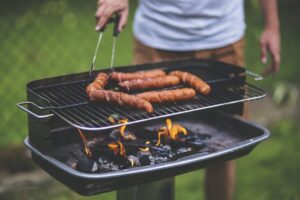 What IS Processed Meat?

Processed meat refers to meat that has been transformed through salting, curing, fermenting, smoking or other processes to enhance flavor or improve preservation. Most processed meats contain pork or beef, but processed meats may also contain other red meats, poultry, or meat by-products such as blood. 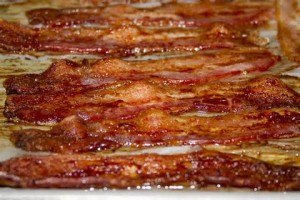 What are the risks?

The risk of cancer generally increases with the amount of meat consumed; an analysis of data from 10 studies estimated that “every 50 gram portion of processed meat eaten daily increases the risk of colorectal cancer by 18%” and that it also raised the risk of stomach and other cancers.  For reference, 50 grams (1.8 oz) would equate to 2 slices of bacon, 2 slices of ham, 1 piece of smoked sausage, or about 1 hot dog.

Think about how much of these foods are served every day: Breakfast sandwiches with ham, sausage or bacon; foot-long deli subs piled high with processed meats; pizzas covered with pepperoni, sausge, and salami; hot dogs are commonly served everywhere; brats can be purchased at the gas station; pre-packaged containers of seemingly healthy lunch meat snacks; packages of jerky are available at most check-out counters.

And how much of these foods are being consumed in our own homes?

Do our own researchers agree?

The American Institute for Cancer Research (AICR) had this to say in their official statement: “AICR strongly supports the (WHO’s) report classifying red and processed meats as carcinogens, and we hope it will spread the message that what we eat plays a role in cancer risk.

For years AICR has been recommending that individuals reduce the amount of beef, pork, lamb and other red meats in their diets and avoid processed meats like bacon, sausage and hot dogs.” 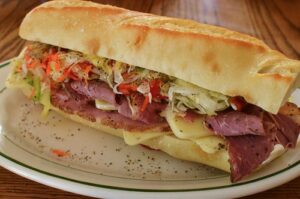 Per AICR’s website, their take home message is that by eating a healthy diet, staying a healthy weight and being active, half of colorectal cancers could be prevented. In fact, for the most common US cancers, healthy changes to American’s diet, activity habits and weight could prevent an estimated one-third of cancers, about 340,000 a year.

Will this news affect what Americans choose to consume? Will we pay attention now that processed meats have been classified as a known cause of cancer? Or sadly, will we let the news roll by as we choose to dismiss the science in order to indulge our taste buds and habits?

Will the irony escape us as we continue to serve hot dogs, pepperoni pizzas and other processed meats at fundraising events for cancer awareness? Let’s truly become aware and take steps in the right direction! I can help you take those first steps (see my free webinar below).

So, in answer to the question posed in the title, which processed meats should we avoid? ALL of them.

“Don’t become so well adjusted to your culture that you fit into it without even thinking.”
(Romans 12:2a, MSG)

For more research findings you’ll find remarkable, watch my FREE webinar titled “How to Get Off the Diet Roller Coaster AND Improve Your Health – Without Sacrificing the Foods You Love.”