October is commonly known as “Breast Cancer Awareness Month”, a campaign that was founded 30 years ago as a team effort between the American Cancer Society and a pharmaceutical company, AstraZeneca. The campaign has since evolved to include major charities who strive to increase breast cancer awareness and raise funds for research.

However, over the last decade, the risk of getting breast cancer has not changed for women overall and has actually increased for black, Asian and Pacific Islander women (according to cancer.org). The American Cancer Society estimates that approximately 246,000 new cases of invasive breast cancer will be diagnosed in women in 2016.

The campaign has come under some heat over the last few years for a couple of reasons. Critics point out the conflict of interest that exists when businesses supporting breast cancer awareness also profit from the diagnosis of breast cancer (including drug makers a 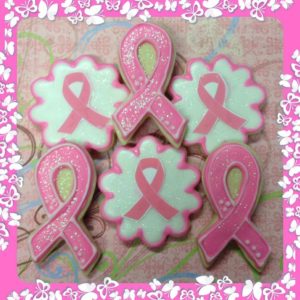 nd medical corporations), while failing to protect our health. This conflict has resulted in October also being known as “Breast Cancer Industry Month”. Another area of concern is the “Think Pink” campaign, which allows any company to put a pink ribbon symbol on their product; apparently the pink ribbon symbol is not regulated by any agency and does not indicate that profits will actually be donated, or if so what percentage, or to what agency. Pink ribbon promotions are accused of doing more for the corporation’s bottom line than for supporting the fight against breast cancer.

The fundraising efforts put forth by local well-meaning people are commendable, and I applaud those who give of their time and money for such a personal issue. However, it’s my opinion that the campaign’s focus of ‘awareness’ is misplaced. We are already aware of breast cancer – after all, cancer is the second leading killer of women following heart disease. Where more awareness is needed in the area of prevention, since breast cancer is largely a lifestyle-related disease; our lifestyle choices matter more than genetics, toxins, or environmental chemicals. Oh that more funding would be geared toward educating people on how to avoid this disease in the first place by lowering their risks, primarily through a diet which research has proven prevents 95% of all cancers. However, because the main message of the campaign focuses on early detection and subsequent treatment, we continually mop up the water under the sink while we neglect to turn off the faucet.

2) Casein – a protein found in dairy products – is a known cancer initiator. Through the research of Dr. T. Colin Cam

pbell in The China Study, cancer cells in rats could actually be turned on or off by varying the amount of casein from 5% to 20% of calories. His research then led to a 27-year study – funded by the NIH, AICR and the American Cancer Society – which followed thousands of people in China for 27 years, revealing the undeniable evidence between animal proteins and cancer rates.

3) Women who consume more dietary fat and lower amounts of fiber have higher estrogen levels. High-fat, high protein diets increase the production of enzymes that free estrogen from the complexes, allowing it to be absorbed in the blood stream and increasing estrogen levels. This includes all kinds of fat – saturated fat, monounsaturated fats, and polyunsaturated (vegetable) fats. Also, women with breast cancer consuming the highest fat diet have three times the risk of dying as compared to women who have the lowest intake. The ideal diet consists of about 10% fat – which is ample, and a far cry from what most “diets” promote.

4) Being overweight is another contributor to increased estrogen levels. Fat cells and adrenals produce hormones which are converted to estrogen in the bloodstream

The good news is that there is a lot you can do to tremendously reduce your risk of breast cancer. You have more control over this matter than you may believe. Please contact me at www.cydnotter.com for references, additional information, class schedules, or personal help.