“Bacon, bacon, bacon!” cries the dog in the Purina Beggin Strips commercial. “Smokey bacon, crispy bacon, tasty bacon – gotta have that bacon!” Apparently dogs aren’t the only ones who are still beggin for more bacon.

Americans on average eat more than 18 pounds of bacon each year, spending more than $4 billion dollars to do so. Over 80% of Americans households surveyed report that bacon is a part of the diets. According to Wikipedia, the term “Bacon mania” refers to “passionate bacon enthusiasm in the United States and Canada. Novelty bacon dishes and other bacon related items have been popularized rapidly via the internet. The movement has been traced to the 1980s and 1990s when high-protein foods became a more prominent diet focus due in part to the Atkins diet”.

Bacon commercials are partly responsible for the fact that bacon is the highest ‘topping’ requested for fast food burgers. One popular pizza chain has devised a bacon wrapped crust that contains 3.5 feet of bacon, and bacon has become the main attraction of many other types of fast food offerings. In addition to burgers and pizzas, bacon can now be found cooked or baked into just about anything, including donuts, muffins, cupcakes, butter, peanut butter sandwiches, chocolate bars, mayonnaise, booze, ice cream and milkshakes (yes, you heard that correctly). There’s even a bacon bowl (a container made of hot bacon in which you can put your cereal, soup, rice or pasta).

Bacon can be addictive because it contains several ingredients that humans typically crave: Fat, salt, and sugar. Bacon itself is two-thirds fat and loaded with salt, and when combined with a sweetener such as maple syrup, can create a party in one’s brain. In “Salt Sugar Fat: How the Food Giants Hooked Us” (Random House, 2013), author Michael Moss explored this issue in-depth, citing examples of how food manufacturers exploit this craving when developing processed foods such as bacon-flavored products. 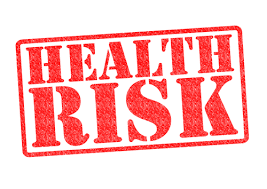 Of course there are consequences to pigging out on bacon. Not only is bacon is high in fat, cholesterol, and sodium, processed meats such as bacon contain carcinogenic compounds called nitrates and nitrites. Bacon can increase your risk of diabetes, heart disease, and various types of cancer. According to the American Institute for Cancer Research, just 1.7 ounces of processed meats consumed daily—less than two strips of bacon—can increase a person’s risk for colorectal cancer by 21 percent. No amount of processed meat is considered safe for consumption. Every year, about 143,000 Americans are diagnosed with colorectal cancer and approximately 53,000 die of it.

Many additional studies also show a strong link between other cancers and processed meats. An NIH-AARP Diet and Health Study found that processed red meat was associated with a 10 percent increased risk of prostate cancer with every 10 grams of increased intake. A study in Taiwan showed that consumption of cured and smoked meat can increase children’s risk for leukemia. A study in Australia found that women’s risk for ovarian cancer increased as a result of eating processed meats. And a review in the journal Diabetologia found that those who regularly eat processed meats increase their risk for diabetes by 41 percent. This is due to the high fat content, which coats the cells and no longer allows insulin to work effectively.

Bottom line: bacon is risky business. Sadly there is even a bacon-themed coffin available on the market – advertised “for people who love their bacon to death”. Don’t be one of them. Please contact me if you’d like help with your diet – I’m at your service (www.cydnotter.com). (References: PCRM.org; USAToday.com)