Self-talk can make or break us

Let’s face it, staying motivated to stick with a plant-based diet can be challenging at times. Even when we have the best intentions.

Every day we’re surrounded by ads, social media, and store fronts filled with high-fat and high sugar treats. Not to mention the fast food joints that line every major street. These unhealthy foods are not only very abundant, they’re often times directly in your face.

Plus, if your family is still eating the SAD (Standard American Diet), you might find yourself surrounded by buckets of fried chicken, cheese fries, or high-fat bakery items right in your own home. 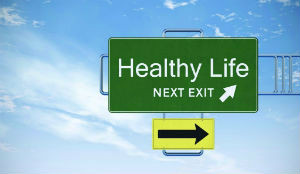 It’s time to take back your power

Words matter. Especially the internal words we use when we’re faced with tempting, off-plan foods.

Determining ahead of time what words or statements will boost your resistance is like equipping “the toolbox between your ears.” These statements are the TOOLS to pull out when you’re tired or stressed out and you’re heading for the junk food.

One simple tip to help you stay mentally motivated in those moments of temptation is this:

A study published in the Journal of Consumer Research compared the difference between using the words “I don’t” versus “I can’t”.

Researchers instructed one group that, when faced with a temptation, they would use the words “I can’t.” For example, “I can’t eat ice cream.”

The other group was told that when faced with a temptation, they would use the words “I don’t.” “I don’t eat ice cream.”

So the researchers designed a new study by asking 30 women to sign up for a ‘health and wellness’ seminar. All were told to think of a long-term health or wellness goal that was important to them. The women were then split into 3 groups of 10 each.

Group 1 was told that when they felt tempted to lapse on their goals, they should “just say no.”  (I’ll just say NO to missing my workout today).

Group 2 was told that when they felt tempted to lapse on their goals, they should use the “can’t” strategy. (I can’t miss my workout today.)

Group 3 was told that when they felt tempted to lapse on their goals, they should use the “don’t” strategy. (I don’t miss workouts.)

For the next 10 days, each woman received an email asking to report her progress. After 10 days: 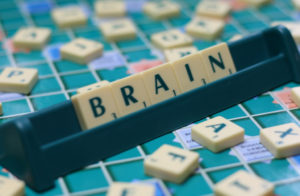 The researchers reported that the words we use create a feedback loop in the brain that impacts our future behaviors.

Saying “I can’t” creates a feedback loop that is a reminder of your limitations. It indicates your forcing yourself to do something you don’t want to do. Saying “I can’t eat that glazed donut” implies you COULD eat it if circumstances were different; it suggests there’s some barrier preventing you from taking action.

But saying “I don’t” creates a feedback loop that reminds you of your control and power over the situation. Saying “I don’t eat glazed donuts” leaves no room for debate. It’s an established rule you’ve set for yourself, one which suggests a stable (and unchanging) stance about who you ARE.

Saying “I don’t” can make all the difference in your habits!

So every time you catch yourself thinking “I can’t” eat this or that, simply change the narrative and say “I don’t” eat this or that. Take your power back! And remember, it’s always your choice. YOU get to decide what you’re going to eat or not eat.

This technique works well for me personally. Just by embracing this one simple sentence – “I don’t eat that anymore” – strengthens my resolve to say NO and there’s no room for bargaining with myself.

There isn’t any temptation that you have experienced which is unusual for humans.
God, who faithfully keeps his promises, will not allow you to be
tempted beyond your power to resist. But when you are tempted,
he will also give you the ability to endure the temptation as your way of escape.
(1 Corinthians 10:13, GW)

Want to learn which 3 Food Mistakes you might be making? Take this free class to learn more!

Get a copy of The “Plan A” Diet: Combining Whole Food, Plant Based Nutrition with the Timeless Wisdom of Scripture. Available online, or only $10 with free shipping here.