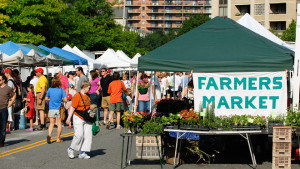 What thoughts pop into your head when you hear the words “Farmer’s Market”?  I instantly think of long rows fruit and veggie stands under pop-up tents.  Reasonably priced offerings of glorious melons, tomatoes, peppers, greens, berries, pineapples and so much more!  Sometimes I also think of the vendors selling  fresh salsa, honey, nut butters, flowers and home-made soaps.

Going to the Farmer’s Market has become an “event” now that everything from jewelry to antiques are also displayed.  I’ve also noticed over the years the growing number of fast food offerings that are available to entice visitors.  Finding unhealthy, greasy junk foods at the Farmers Market seems to simply keep in step with our Standard American Diet (SAD) culture, but this year seemed to be the worst I’ve ever seen it. 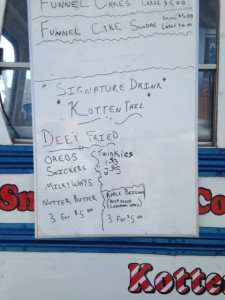 Now in addition to a variety of greasy meat sandwiches,  oil-laden pastas, high-fat bakery and sugary/artificially colored drinks, you can find almost anything deep-fried – including oreos, nutter butters and candy bars.  Ugh!  Oh where, oh where, has my farmer’s market gone?  It feels as though my image of the healthy Farmers Market is slowly being hijacked by the world’s idea of pleasurable foods – grease, oils, fat, sugar. And let’s not forget the latest love affair with bacon (also available at the market).

Well, I will not have it.  I’ll avoid the food area with all the aromas of greasy fat frying, and where you will sadly see many overweight Americans partaking in their normal foods. I’ll stay on the end of the Farmers Market which matches up with my image of what a Farmer’s Market should be – a place to buy low-cost, healthy produce while supporting the local farmers.  I hope you’ll join me there 🙂 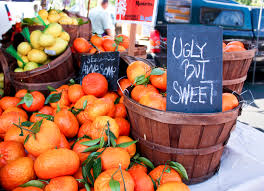 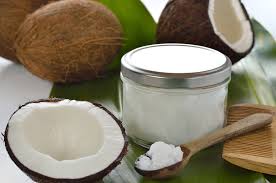