Dear Anon:  My sincere condolences to you on your loss.  It’s a real struggle when a loved one develops Alzheimer’s; I applaud you for being concerned about your own cognitive function. I know that you’re not alone in your concerns; the class that I offer on this topic fills up each time it’s offered.

There is good news – you are not a helpless victim without options. There is MUCH you can do to lower your risk. But first let’s take a look at the Alzheimer’s gene.  Back in the 1990’s, the ApoE4 gene was discovered to be a major player in the susceptibility of Alzheimer’s.

To date, the people in Nigeria have the highest frequency of the ApoE4 gene in the world. Yet they have some of the LOWEST rates of Alzheimer’s. This paradox is explained by the grain and vegetable diet of the Nigerians, which results in low cholesterol levels that have appeared to trump their genes. 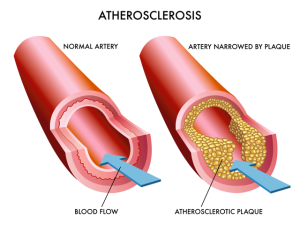 have the ApoE4 gene absorb cholesterol more easily from their digestive tracts compared with people who don’t have the gene. They tend to have higher cholesterol levels and higher risk of both heart disease and stroke.

In a 20-year study of 1,000 people, researchers reported in the Annals of Internal Medicine Journal that having the ApoE4 gene doubled the odds of Alzheimer’s, but high cholesterol nearly tripled the threat.

So if the greatest threat of Alzheimer’s are treatable factors – such as high cholesterol and blood pressure – then controlling these lifestyle factors could reduce a person’s risk, even if they have the DOUBLE ApoE4 gene (the odds decrease from 9x down to 2x). This is great news for anyone concerned not only about their brain health, but heart disease and stroke as well. 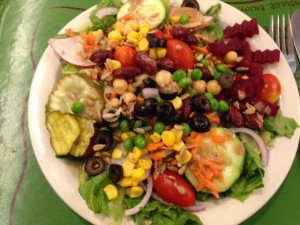 What’s the best way to lower your cholesterol and blood pressure? Diet trumps all. Cholesterol is only found in animal foods – meat, fish, dairy, eggs – and so lowering or eliminating the intake of meat and dairy is crucial. Don’t be fooled by believing that chicken and fish are healthier – they contain as much cholesterol as beef.

Enjoy a diet which focuses on beans, potatoes, rice, corn, pasta, vegetables, fruits, nuts and seeds. It’s not rabbit food – but delicious entrees of lasagna, burritos, stews, tamale casseroles, burgers, stir frys, cheesy soups, sloppy joes and much more. A plant-centered diet is not a diet of restriction – but a gift!  I continually urge people to lower cholesterol through food, not statins (which have terrible side effects and only lower risk of cardiovascular events by 1.6%).

Should you get tested for the gene? Doctors can check which ApoE genes you are carrying with a simple blood test, and some people are eager to find out as much as possible about themselves. A negative reading could put their minds at rest.

On the other hand, there’s nothing you can do to change your genes, but you can do much to reduce the risk of their expression. If you discover you have the gene, how will that affect you mentally? Only you can determine if testing is right for you. Not having the gene does not guarantee freedom from Alzheimer’s; just as having the gene does not guarantee you’ll develop the disease. The Nigerians are a good example.  Remember that genetics load the gun, but lifestyle typically pulls the trigger.

Click here to read why you should stop/limit ingesting aluminum (or using toiletries which contain it).

Click here to see which books I recommend on this topic.

Your best defense against dementia is a low-fat, whole food, plant-based diet. The most anti-inflammatory and health promoting way of eating available. So powerful it can even reverse advanced stages of heart disease!

To learn more about which foods to eat, check out this free webinar and then schedule a call if you’d like to chat about how you can get started.