Diets don’t work long-term, that much we know. Less than 3% of dieters keep the weight off long-term.

That’s because typical diets based on calorie restriction or smaller portions of the same unhealthy foods are not the answer for long-term weight loss OR improved health.

So what do we need to do?

Perhaps you’re concerned because your weight is creeping up and you’ve just been diagnosed with hypertension/high cholesterol/pre-diabetes. You recognize that it’s time for a course correction and the time to make changes is now. If so, here are four factors to consider before choosing another, typical “diet” plan: 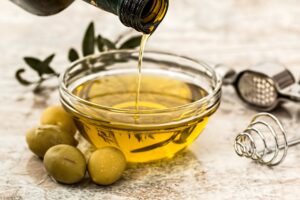 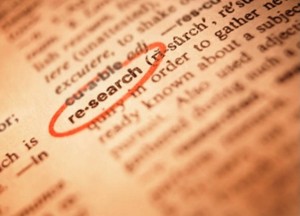 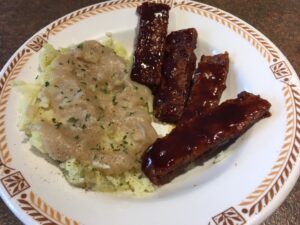 Oh my, these “ribz” by Susan Voisin at the Fat Free Vegan Kitchen are perfect for summer grilling (or baking in the oven).

The main ingredient is Vital Wheat Gluten, which you can buy in the Bob’s Red Mill Section at Fresh Thyme, Whole Foods, some Jewel stores, or you can order it online. Health food stores in your area might carry it, too.

Vital Wheat Gluten (also known as “wheat meat” because of its texture) is a versatile meat substitute which can also be used to make such dishes as Holiday Roasts and Italian Sausage. 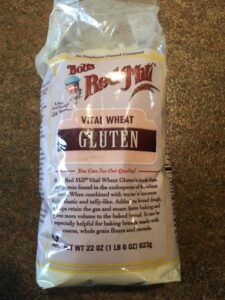 Note: As explained in the recipe notes, the longer you ‘knead’ this mixture, the chewier it gets. I only knead mine for about 20 seconds because I prefer a more tender texture.

Serve with corn on the cob and smashed potatoes with Golden Gravy and you’re in business!

Hey everyone, in case you missed the June newsletter, I’m excited to announce that I’ll be doing a LIVE cooking demo on Chef AJ’s YouTube channel on Thursday, June 11, at 1:00 CST. Mark your calendar and please tune in!

All the recipes are very easy (because that’s what you ask for :))

The replay will be on Chef AJ’s channel, plus I’ll share the link as well.

Why do we have a hard time following through with our decision to eat a healthier diet? In my book The “Plan A” Diet, I’ve listed 12 barriers to change that I’ve observed over the years. One of those barriers is habits. Here’s an excerpt from the book):

Habits become an issue when the dependency on a pattern of unhealthy eating prevents you from being willing to make changes. Grocery store purchases, fast food joints, and foods associated with certain traditions or memories can become so routine they’re hard to give up and you’re unsure how to replace them.

Read the rest of the article here…

Join me in the “Plan A” Diet Transition course – I’ll guide you every step of the way.

Sign up to receive news, recipes, and upcoming events