Last week I sat in on a webinar hosted by Dr. T. Colin Campbell and his son, Nelson Campbell (PlantPure Nation). Before they answered questions from the audience at the end, they talked in depth about the difference between wholism and reductionism. You may know that Dr. Campbell has a book titled “Whole: Rethinking the Science of Nutrition” which delves into this topic.

Here are a few takeaways from my notes:

~ Wholism is the entire body and whole foods working together. Reductionism leads to looking for some nutrient as the next magic bullet (much of this is driven by money, egos, control, and influence).

~ Reductionism causes confusion in society. There’s an infinite number of causes and factors that lead to disease, but when we take just one chemical (or nutrient) and try to build a business around it, enormous confusions occurs. Government, academia, the medical system, and powerful industries all contribute to it.

~ “SOS Free” (sugar, oil, salt free) has no scientific evidence to support it. While they agree that oils should be avoided, Dr. Campbell stated that the discussion has been way over extended, as if not having sugar or salt will make someone better, while ignoring the big picture. Fixating on salt and sugar is reductionism. Obviously they don’t recommend people overdo salt and sugar, but there’s no evidence to support that eliminating those items will lead to better health. It makes it difficult for mainstream folks to eat this way and diverts attention away from the big story. It’s ok to use sugar and salt in low amounts in your food to create flavor.

~ “The Fat you Eat is the Fat you Wear.” When it comes to oils, there’s merit in that idea, but many are against the consumption of nuts, seeds, avocados, and coconuts. Nature has included fat in nuts and seeds for a reason, and evidence shows that nuts have benefits (vitamin E, for example). Of course they’re higher in fat and should be used moderately. Plant foods are natural, and whole plant foods are not the problem.

~ “Nutrient Density” is another reductionist statement. ND means that some foods should be consumed in greater quantities, and it’s been distorted. In order to determine the ND of a food, you have to focus on any special nutrient, so it’s nonsense. The ND talk should be stricken. It’s the same way milk was touted as the most nutritious food.

~ “Calorie Density” – there’s no such thing as a calorie, it’s a concept that takes into consideration the heat being captured by the food and distributed in the body. Calorie Density is basically OK, but it’s really simple. Eat a whole food plant based diet and avoid animal protein.

~ Over-consuming Greens is another example of eating certain plant foods that are deemed better than others. It doesn’t make sense to focus on only one food which might help prevent cardiovascular disease.

~ Keto and Paleo are high fat, high protein, reduced carb diets that have roots in the movement to counter the recommendations of plant-based foods and good carbs. These diets work by breaking down fat in the body. It’s a very narrow, reductionist view of the body. Look at it more broadly. Look at societies around the world, the higher the protein, the higher the disease rates. Plus these diets are not sustainable.

According to Dr. Campbell, there’s no need to focus on all these ideas. Just get a variety and different colors of plants, and it’s ok to use a little salt and sugar to flavor the food. It’s that simple. Eat a whole food, plant based diet and avoid animal protein. The reductionist way of thinking leads to extreme views and judging others who don’t follow those plans.

PS: Great news! If you’d like to participate in the pilot program for The “Plan A” Diet Transition Course, you can now sign up! The pilot course is being offered at 85% off the regular price in exchange for your feedback and commitment to complete the course. Seating is limited. Details can be found here. 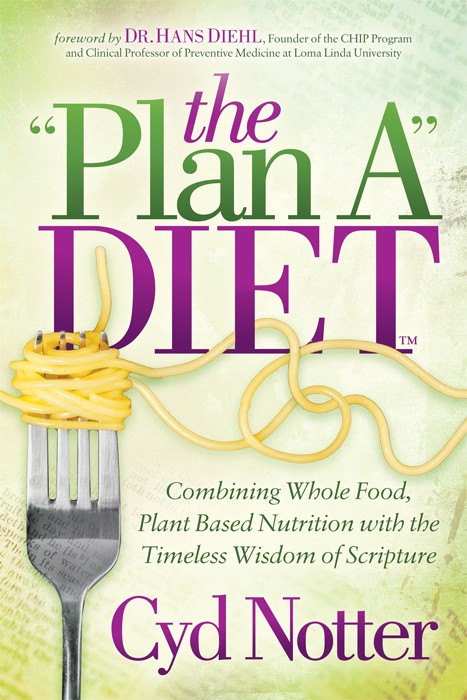