If you follow a whole food, plant-based, no-added-oil diet, you know that eating out can be a real challenge!

In this brief video, Dr. McDougall says that “eating out like a war zone!” But he’s right when he suggests that ethnic restaurants are your best bet – Mexican, Italian, Chinese, Thai, and Indian, just to name a few.

Of course, nothin’ beats home cooking for health and variety, but there are ways to eat out without compromising your health.

We’d love to hear some of your tips, too!

Diet is a Touchy Subject.

I discovered long ago that diet beliefs can be very divisive indeed. Together with the hot topics of politics and religion, our food choices can rank quite high as a personal issue to be handled with care.

I realize that most of you have preconceived beliefs about what constitutes a healthy diet, and I’ve heard some doozies in my day. But because The ‘Plan A’ Diet combines the two tenets of “diet and religion” into one conversation, many of you will write to me about passages that seem to promote or endorse meat eating.

Here I address some of the passages I hear most often, along with my response.

See how good and pleasant it is when brothers,
and sisters live together in harmony! (Psalm 133:1, GW)

If the answer is YES – good for you! – then the ideal time to start planning for January 2018 was yesterday. But take heart, it’s never too late to begin anew at ANY time! Whether you jump in with both feet or prefer a more gradual dietary transition, just keep moving forward with the firm goal in mind that you’re not going back to the wrong food choices or unhealthy diet plans.

Start with a plan to clear the bad foods out of the house as you experiment with some very simple recipes (see resource link below). By sticking to The ‘Plan A’ Diet, you won’t have to wait long before you’ll begin to see results.

Read more about this topic here.

The ‘Plan A’ Diet food pyramid will also be of help.

As always, I’m at your service!

Merry Christmas to you and yours!

And may the Lord bless you as trust in Him for the strength to make some tough changes. 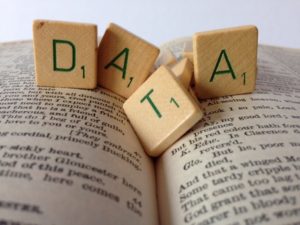 Dear Anon:  There is good news.  When it comes to most diseases, including Alzheimer’s disease, you are not a helpless victim without options.  There is MUCH you can do to lower your risk.  But first let’s take a look at the Alzheimer’s gene.  (Read article here).

The following books/articles may also interest you:

Power Foods for the Brain: An Effective 3-Step Plan to Protect Your Mind and Strengthen Your Memory.  This book by Dr. Neal Barnard covers an array of topics related to brain health, including the role of genetics and the harmful effects of toxic metals, certain fats, cholesterol and some medications.  Did you know that a high cholesterol level in midlife can predict your Alzheimer’s risk 20-30 years later?  The book also provides advice on which foods build your vitamin shield and the importance of mental exercises, physical activity, and quality sleep. An excellent read.

In his June 2017 newsletter, Dr. John McDougall presents the evidence that Alzheimer’s Disease is Caused by Chronic Aluminum Poisoning.  He reports that the primary approach to avoiding AD is to avoid exposure to aluminum through the gastrointestinal tract (eating and drinking), by breathing aluminum, and by skin exposure; he goes on to list the many ways we are exposed to aluminum each day, from processed foods, to foils and cookware, to hygiene products.  He also points out that the Western diet in general is associated with the risk of not only developing Alzheimer’s disease, but many other forms of dementia and stroke as well.

The Alzheimer’s Solution: A Breakthrough Program to Prevent and Reverse the Symptoms of Cognitive Decline at Every Age – by Drs. Dean and Ayesha Sherzai, neurologists who work at Loma Linda University – is a book I’ve just started reading.  It was recommended by a colleague and has been endorsed by Dr. T. Colin Campbell.  Drs. Sherzai report that their rigorous science proves that 90% of us can avoid ever getting Alzheimer’s, and the other 10% can potentially delay the disease by 10-15 years.  The program they’ve developed is called the NEURO Plan (Nutrition, Exercise, Unwind, Restore, and Optimize).  I’ve only read the Introduction so far but am already intrigued by what I’ve read.

Please click here to sign up for our blog or newsletter, or to submit a question for consideration.

Dear friend, I hope all is well with you and that you are as healthy in body

An interesting article was posted on Linked In yesterday which ties in directly to one of my recent blogs about “evaluating research“.

The headline in the Daily News reads:  Vegetarian Diet Raises the Risk of Heart Disease and Cancer.   Wow, pretty scary, right?  Especially to those of us who follow a whole food, plant based diet!

Not to worry.  Once again the media has taken a thread of truth and woven a huge blanket of preposterous misinformation around it.  Dr. David Katz posted a blog about this topic on his LinkedIn page called “Vegetarianism: Nutrition Science Meets Media Nonsense“.   Dr. Katz claims that the Daily News article takes hyperbolic headlines to a new, absurd, stupefying level.  Since the article was released on April 1, Dr. Katz speculated that the article was tailor-made for April Fools day.

He goes on to report that the study does NOT report that vegetarianism increases the risk of heart disease, cancer, or any other bad outcome.  Nothing of the sort.  Not even close.  The study (to which he posts a link) compared the genetic markers of 234 primarily vegetarian Indians to 311 Americans with typical diets, and found that the Indians had a higher frequency of genetic mutations that make them good at producing the fats that their diet doesn’t provide.

For example, vegetarians are better at converting plant-based Omega-3 fat, notably one called ALA, into long-chain Omega-3s such as EPA and DHA (think fish oil).  So how did such concerning headlines emanate from this?  The researchers found that for the people who had adapted to a vegetarian diet, the imbalances of the modern (American) diet might be especially harmful….. which may explain why ethnic Indians are more prone to Type 2 diabetes when they transition to a diet of burgers, fries and soda.

In other words, as Dr. Katz points out,the study shows that the typical American diet may be especially bad for traditional vegetarians who have adapted to thrive on their native diet.   The study only looked at gene frequencies – not heart disease, not cancer, and not death.  Despite the insane headlines, the study had nothing to do with death or disease, but was only a study of gene patterns.

There should be a law against journalists twisting the truth such as this with outrageous headlines.  It really is a form of false advertising.  A whole food, plant based diet has been scientifically proven to be the only diet which can prevent, halt and reverse disease.  Hopefully THAT will be the focus of future headlines.

Tip of the day: Assume anything your hear or read is false until you investigate the facts.